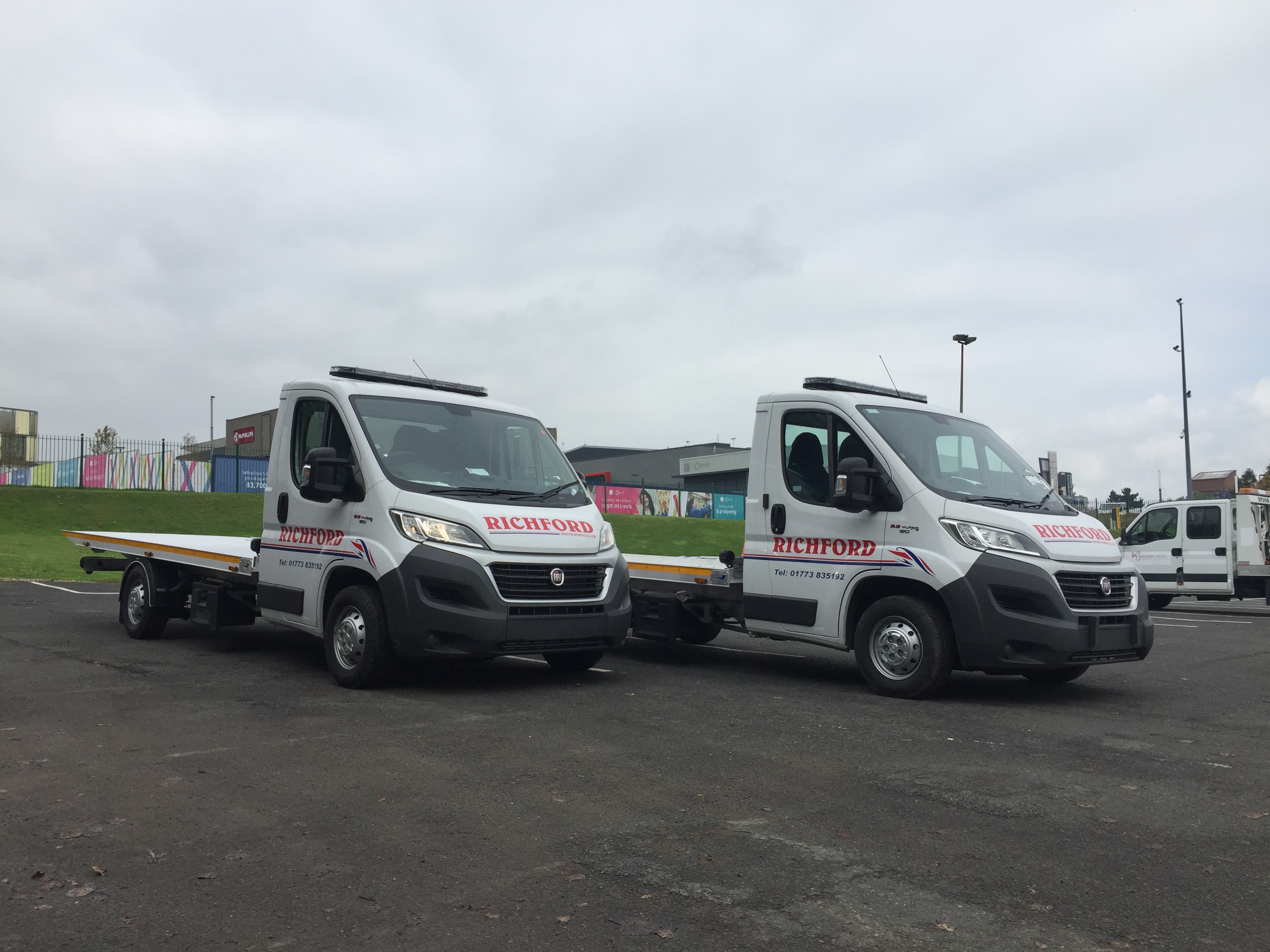 As part of their continued expansion and increased workload, Richford Motor Services Ltd has just added another two Boniface T35 transporters to their fleet, both of which are fitted with rugged aluminium slidebeds that feature a galvanized chassis and subframe, heavy duty electric winch, full radio remote operation, LED beacon, LED work lights and numerous other options to meet Richford’s usual high specification.

Richford Motor Services have an extensive fleet consisting of numerous Boniface slidebeds and heavy duty products, many of which are operated 24 hours a day.  As one of the UK’s largest operators, Richford’s fleet is constantly expanding to keep up with demand and new contracts. They already own and operate more than twenty Boniface T35 transporters all of which cope with high work volumes. Not only are the T35’s used to transport roadworthy vehicles but they are also capable of, and regularly do, recover accident damaged vehicles as well.  When it came to expanding the fleet with a small but capable slidebed that could be driven on a car licence, Richford had no hesitation in specifying the T35 which had already proven itself in terms of strength and reliability time and time again.

This website stores cookies on your computer in order to collect information about how you interact with our website and allow us to remember you. We will only track your activity on our site if you consent by accepting our unique tracking cookie below. Please see our Privacy Policy and for more detailed information.